Coalville’s Memorial Clock Tower, is one of the town’s most well-known landmarks. Built in 1925, The Grade II listed building in recent years has undergone a restoration project to protect it for future generations to know and love. The work included replacing the entire roof, refurbishment of the clock faces and dials and repairs to the entrance steps and structural base of the tower.

This year, the council were keen to upgrade their existing decorations, collaborating with our suppliers we helped design a new bespoke decoration for the clock tower on behalf of the council. 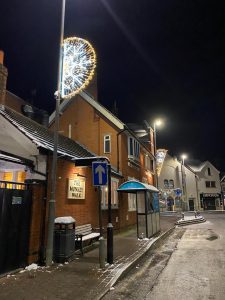 In the final design, the full length and width curtain maximised the available space and created even more impact with programmable RGB colour change string light and twinkling snowflakes. 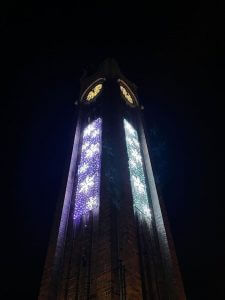 A range of new pole mount decorations were also selected. They all featured snowflakes to maintain a consistent theme across all decorations; and those installed around the clock tower also included multicoloured string light to further enhance the Memorial square.

The official switch-on fell on the weekend of Storm Arwen which meant many of the festive activities planned for the event had to be cancelled. We’re just hoping that the sparkle and twinkle of the new colourful decorations made up for the disappointment of the event not going quite to plan. We certainly think they looked lovely against the backdrop of snow covered trees and the starry night.

Find out More
Make an enquiry 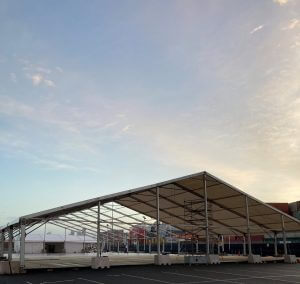 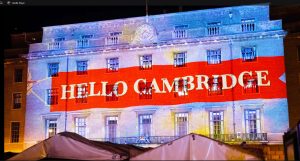 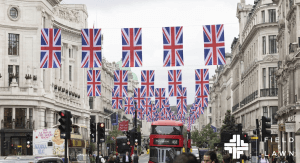 Plan ahead for the Coronation 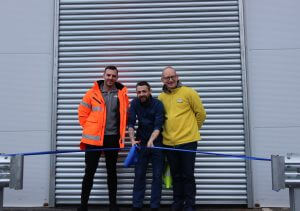 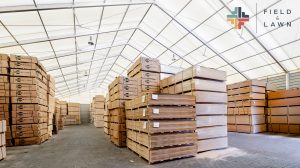 Five reasons why a Temporary Building can help you 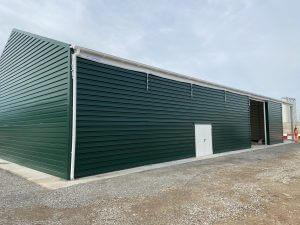